Nudging reality
The Quizzer was conceived during our  Blast Theory Residency looking at sound, visuals and haptics as ways of conveying narrative and navigational cues. I  noticed that when you view lifesize moving-image in your dominant eye, while looking at the real world with the other, your brain combines the two views so that action in the video appears to take place in the real world. I prototyped this idea with Neil Manuell during the Reframed Project Development Programme at Lighthouse, creating the Quizzer, a lens attached to a smartphone used with headphones that merge soundscapes with live amplified sound.
As a Fusebox resident I was invited to demo the Quizzer at TOMtech’s intensive four day VRlab, part of Brighton Digital Festival. Showing to a high volume of people gave me the opportunity to gather user data. ​

Makers, moving image and physicality
I spent a year working alongside ceramic artist Elaine Bolt and basket maker Annemarie O'Sullivan at a disused brickworks near Horam in Sussex during their Making Ground collaboration, developing work around the choreographies of making. I explored analog and screen based ways the audience can control the action of a photo sequence showing the resulting work at Make Lewes Festival 2016 and as part of a Making Space residency at Fabrica. 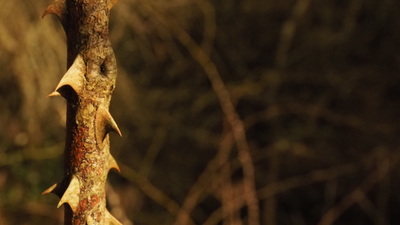 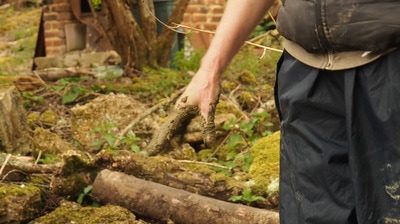 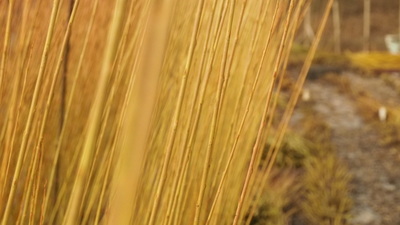 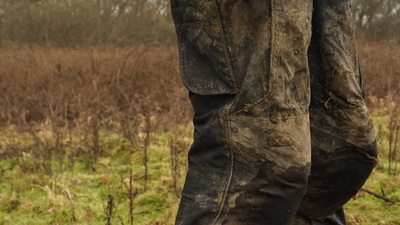 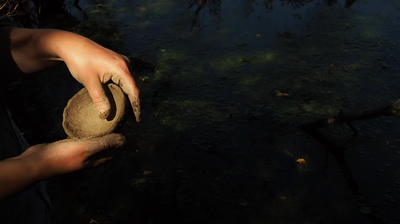 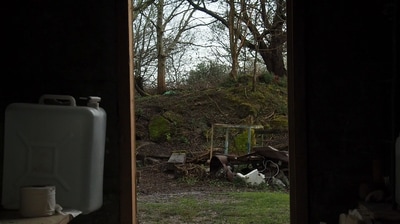 Hand-cranked augmented reality
We filmed documentary sequences of children and volunteers in Tower Hamlets Cemetery Park, and created mutoscope sequences that were installed in situ during Shuffle Festival. ​100 people interacted them per hour over the two days. Even director Danny Boyle had a go.

Paper and digital photo animation of chalk grassland inhabitants
We were commissioned to make Box Hill Flickers into a short film by Discovering Places, National Trust and Natural England. It was shown on Livesites around the country during the 2012 Olympics.

Flick book navigated journeys
Site specific commissions where the audience explored an outdoor location on foot using a series of "street view" paper flick books. Commissioned by ANTI Festival, Finland, Brighton Festival, Up the Wall Festival, Chester, Greenwich and Docklands International Festival, Cairo Downtown Arts Festival (R&D), Undercurrent Weekend, Shoreham-by-Sea, National Trust Box Hill and White Night, Brighton.
"It's like a treasure hunt where the treasure is all around you and in your hand."

"Henson is part of an important group of artists creating new and inventive relationships between cinema and the urban space."
Donna Close, Director, White Night