Rachel Henson trained in circus theatre, vocal and movement improvisation, and the theatre of the outdoors at Fool-Time School of Performing and Circus Skills, before gaining a First Class Honours Degree in Modern Chinese Studies from Leeds University. After graduation she trained in the woman warrior role with Liu Fusheng at the China Academy of Traditional Chinese Theatre in Beijing funded by a Leverhulme Study Abroad Scholarship.

On returning to the UK she established an independent arts practice, winning commissions for Brighton Festival, ANTI Festival Finland, Downtown Cairo Arts Festival, Greenwich and Docklands International Festival and National Trust Box Hill. With the support of Discovering Places she made her first film, Box Hill Flickers, with Neil Manuell which was shown nationally on the Olympic and Paralympic Live Sites throughout London 2012.

She is a long-term member of Periplum, an outdoor visual theatre company, performing and playing music in their show Arquiem, and performs in Oogly Boogly, an event for very young children created by Guy Dartnell and Tom Morris (Artistic Director, Bristol Old Vic).

She is a translator of Chinese art, literature and theatre texts including for the Royal Court Theatre International Playwrights Residency and Pathlight Magazine. 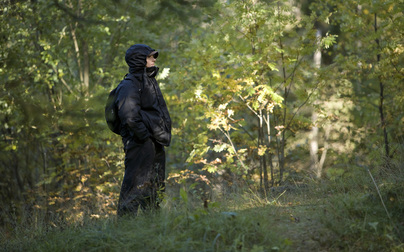 Coming from a performance background I found that senses involved in movement improvisation, especially the use of peripheral vision, are intensified by being alone in the outdoors. I began to experiment with using photographic flick books as navigation tools to create psychic landscapes within a physical journey. 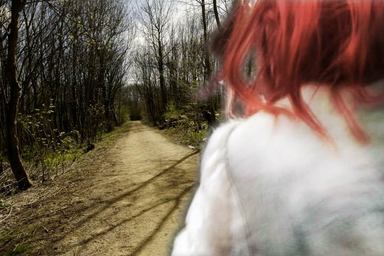